The French holiday resort of Valbonne is located in the Alpes-Maritimes department in the South of France. This Provence holiday destination is situated along the Mediterranean coast between Cannes and Antibes. The village is in the commune of Valbonne Sophia Antipolis, it consists of the village of Valbonne, and the technology park of Sophia Antipolis, the first European site of research and development centre, founded over 40 years by Pierre Laffitte, former Senator of the Alpes-Maritimes region and former Director of the Ecole des Mines de Paris. Over 2,300 hectares have been developed over this Provence area where nearly 1,400 international companies have established headquarters. Sophia Antipolis, which goal is to provide a meeting place for research between scientists and companies, is shared between public parks, business parks and leisure facilities including tennis courts and golf courses. Golf fans will make the most of this luxury golf resort in Valbonne and surrounding villages on the French Riviera, and can choose between a dozen golf courses including the Golf d'Opio and the Victoria Golf Club in Valbonne. Holiday Rentals in Valbonne The local crafts and the Mediterranean cuisine reflect the rich cultural heritage of Provence. In celebration of Saint Blaise, a festival of local produce at the end of January, everyone in Valbonne gathers to enjoy the fruit of the local cultivated vine ‘The Servan ' from a communal vineyard, which was set up to preserve the heritage of the town of Valbonne and its region.
Sort by:
Villazur
Add to favourites
Remove from favourites 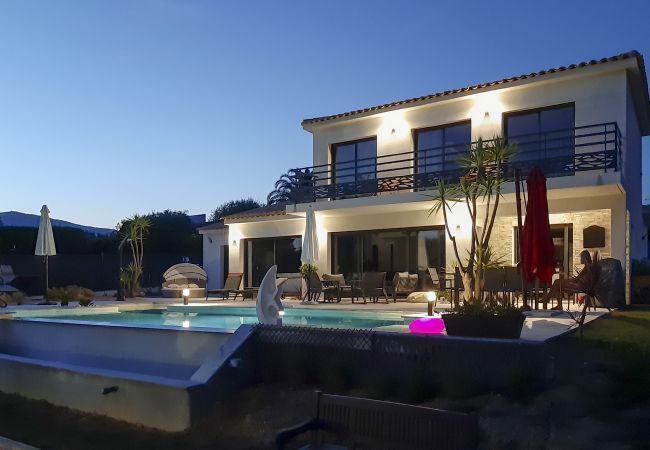